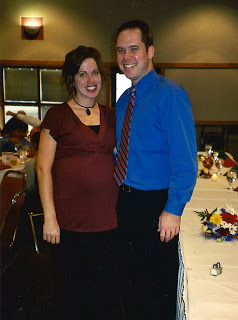 This seems like the perfect time to finally explain the inspiration behind the title of my blog. Because it was around this time, two years ago, that I first became familiar with a song with the same title. Perhaps you’ve heard it before …
But before I get to the song and how it fits into my life, I will share what was going on two years ago at this exact time. It all started on Nov. 1, 2007. In the early morning hours, I went into pre-labor with my twins. I wasn’t due until Dec. 12, but I also knew that with twins I’d never make it to that day. Six weeks early, though, was a bit too early. The labor stopped at the hospital, but the doctor gave my husband and I strict instructions that I needed to go on bedrest until I was at least 36 weeks along. I essentially had three weeks to not do anything, including driving. I didn’t have to be in bed 24 hours per day, but I had to be sitting or laying down the majority of the time. Just like that, I no longer could take my girls to preschool, go grocery shopping, go to Mass, make dinner, do all those little things that moms just do.

9 thoughts on “More Than Enough”